8. The standard principles of science

These are ideas that all scientists just assume, but they are rarely stated explicitly for students or the public. There is enough information here to tell you what each idea is about, and you will find enough terms to let you look the idea up, if you need to. There are lots of ins and outs, and working scientists spend their lives mastering them. They will, I hope, recognise that this is Science Lite.

All matter is made up of atoms, and the properties of any piece of matter will depend on what atoms are present, and how they are arranged and connected. Many atoms join up to form regular frameworks that we call crystals. Sometimes, atoms join into tight standard groups, like water, quartz, salt and sugar. We csll these groups molecules.

The laws of thermodynamics

For general purposes, heat flows from hot to cold, perpetual motion is impossible, and there is no such thing as a free lunch. By the way, if you want to drive a politician or an arts administrator to distraction, ask him or her to explain (or even just to state) the second law of thermodynamics. Trust me: it matters!

A good many times I have been present at gatherings of people who, by the standards of the traditional culture, are thought highly educated and who have with considerable gusto been expressing their incredulity at the illiteracy of scientists. Once or twice I have been provoked and have asked the company how many of them could describe the Second Law of Thermodynamics. The response was cold: it was also negative. Yet I was asking something which is the scientific equivalent of: Have you read a work of Shakespeare’s?
—C. P. Snow, Rede Lecture The Two Cultures and the Scientific Revolution (1959).

If you want a simple version, it says that differences in temperature, pressure, and density tend to even out, after a while. More detailed discussion involves entropy The simplest available version of that: entropy is a thermodynamic function that measures randomness or disorder. If you like, entropy is a measure of untidiness.
Most of the principles of science are what scientists call counter-intuitive. In lay terms, they seem to go against our gut reaction; the earth as we experience it looks flat, and our intuition tells us the sun and moon circle around us once a day, but ignoring intuition, all scientists agree that the world is a globe, we orbit around the sun, and the moon orbits around us once a month.

Entropy is slippery, rather than counter-intuitive, and you have to note the qualifications which limit entropy to inside a closed system. Under those conditions, entropy, or disorder, increases, which is how scientists say that over time, everything gets more random, more dispersed.

There can be no exceptions to the rule that entropy, the disorder of things, always increases, but life, at a local level, can be an anti-entropy agent, making some things more ordered at a local level, even as entropy is increasing on a larger scale. In simple terms, animals and plants gather up and concentrate certain elements in our bodies.

Across the universe, every change leads to an increase in the total entropy, but the delight lies in the details, and a lot of geological science comes down to explaining how, on a local level, the process of concentration in elements or minerals is driven.

If [your pet theory of the universe] is found to be contradicted by observation—well, these experimentalists do bungle things sometimes. But if your theory is found to be against the second law of thermodynamics I can give you no hope; there is nothing for it but to collapse in deepest humiliation.
—Sir Arthur Stanley Eddington, The Nature of the Physical World (1928), chapter 4.

Conservation of mass and energy

In simple terms, matter and energy can neither be created nor destroyed. There is No Such Thing As A Free Lunch.

As a rule, things are in balance, but that is not the same as saying they are unchanging. The number of oxygen molecules in an open jar may vary slightly over time, as molecules whizz in and out, but at any practical level, the entries and exits cancel each other out. If I have crystals of salt sitting in a saturated brine solution, some of the chloride and sodium ions in solution may attach to the crystals, but on average, just as many ions will leave the crystals. We say the solid and the solution are in dynamic equilibrium.

The law of large numbers

There is no such law, but it is convenient to pretend that it exists. Given time, every atom of a sample of radioactive carbon-14 will break down. We cannot say when a given atom will decay, but with large numbers of atoms, we can say that half of all of the atoms that we start with now will have decayed if we come back in 5730 years from now. We say that carbon-14 has a half-life of 5730 years.

Evolution also hangs on large numbers. You won’t evolve, I won’t evolve, but our species, like every other species, does evolve. Don’t worry: some of your genes will carry forward, and some of them may be more common in a future population.

(I anticipate, for example, that in a thousand years, the descendants of today’s Australians will have a skin color darker than mine, due to the selective effects of melanoma.)

(Note that this can  be negated because humans, uniquely in an evolving world, can apply social changes to limit selection effects.)

Every part of science is able to be falsified by evidence, and if some idea can’t be tested and potentially falsified, it just isn’t science. That doesn’t mean science is all false, it just means every assumption is always considered open to testing and being found wrong.

If we found dinosaur fossil bones and human fossil bones in the same rock, this would mean we probably had to revise large parts of what we think we know about geology and biology, though the first step would be to check carefully that somebody hadn’t just pulled off a hoax.

Scientists are always on the alert for contradictions like that, even though they don’t really expect to find any. One way to become a famous scientist is by finding a red-hot contradiction to what everybody believes.

Then again, maybe we wouldn’t need to revise anything. William of Ockham made it a lot more complicated, but his basic notion was that if there are two possibilities, you should take the simpler one. If we found human and dinosaur fossils in a single rock, a simpler explanation would be fraud. We would at least look for evidence of fraud first, but if there was truly no evidence of fraud, it might be time to start a rethink.

I am not a geologist, but I know how to think, where to look, and what questions to ask. My undergraduate studies were mainly in the areas of botany and zoology, so I may, from time to time, be in error. As a professional science writer, I am used to checking my facts, but even when I get the latest opinions there is still one gotcha remaining.

Science changes, and geological science does change—and I saw it happen. When I was an undergraduate, I picked up one year of formal geology training, enough to appreciate that the rocks yield the soil that my precious plants flourish in, plants that feed my equally precious animals.

One day, one of our geology lecturers urged us to attend certain sessions of ANZAAS, the Australian and New Zealand Association for the Advancement of Science. “Listen to Sam Carey,” he told us. “He’s quite mad: he thinks the continents are moving.”

That was in 1962, and I did indeed hear Sam Carey talking about such wild ideas. He seemed to make a reasonable case, except that we all knew the idea was crazy. Just three years later, plate tectonics was all the go.

In fairness, Sam Carey was only partly right, because his notion was based on some false assumptions, but the key thing to note is this: in 1962, moving continents was madness, by 1965, it was pretty much the orthodox model.

I have tried in this book to stay with the best and safest bits of orthodoxy, but at any time, that which was orthodox can be defeated of overturned by a simple paradox. One new discovery is all it takes, as T. H. Huxley said while discussing historical work on the spontaneous generation of life:

But the great tragedy of science—the slaying of a beautiful hypothesis by an ugly fact—which is so constantly being enacted under the eyes of philosophers, was played almost immediately, for the benefit of Buffon and Needham.
—T. H. Huxley, Presidential address to the British Association in September, 1870.

My book (meaning Not Your Usual Rocks, still to be published) is about the facts—though I will later discuss a maverick theory about the origins of oil. I don’t believe it, but it is both entertaining, and instructive to consider as a way of seeing how science works. 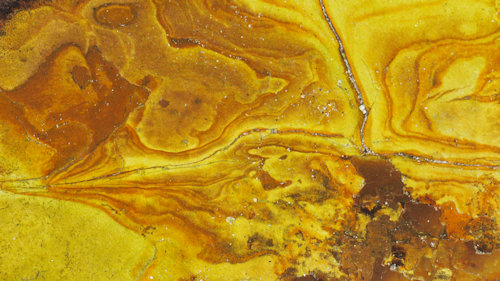 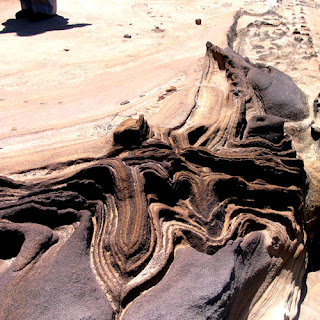 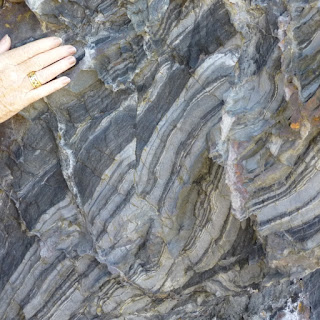 By the time you are done, all of these will make perfect sense.